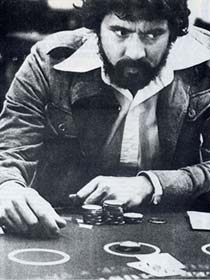 He was born in New York City and his real name was Kenneth Senzo Usui. His date of birth was the 12th January, 1935. In the time of World War II he changed the name with Uston because in United States, a Japanese name was really hard to live. During the war they lived in New York but at the end of war they transferred to the New Haven city of Connecticut. In the childhood, his IQ was greater than other and he could play piano like other adult people did. He always loved to play and hear music and in music he was excelled in his school.

After the school live, he joined with the Yale University and around the age 20, he got his graduation degree. After the graduation, he went into the Harvard University to get a higher degree and he got an MBA in there in MBA. After completing his educational life, he married and birth 3 children. In his age in the early or mid 30, he entered in the business life and lived in California. He was the senior Vice President Pacific Coast Stock Exchanges. This was not what he wanted in his life. He felt boring in that life and life became like machine what he never wanted to be.

In those time in a party, Al Francesco was introduced with him, and he taught him how to use card counting in blackjack. He practiced so much blackjack card counting and other strategies and then start playing blackjack in the Las Vegas city but he left his family.

Though, he was a great businessman, so casino people thought that he could not play blackjack like other professional did and that was the mistake for what casino people would always remember his name. He learnt everything about blackjack strategies from Francesco and after a few months he became a big blackjack player.

He knew that to get the highest results in blackjack he must had a team of big players and spotters. Spotters would signal the players about the table where the card counting is high and player had more advantage to win. When the spotters signaled the players, single big player would join the table and bet really high amount but if the spotters signaled that dealer had high cards, then big player would leave the table.

By this way, Uston and his team was able to earn a lot within a few months and this technique was never caught-up until he licked it in his book.